What’s in a Name?

In my 28 years on this earth, my name has been spelled wrong or mispronounced approximately 857,629 times. Sometimes I read emails calling me by some name that is not mine and have a mini identity crisis. Like, “Am I Tanya? Has my whole life been a lie?” But no, it’s just people being lazy. My name is all over the interwebs and easily verifiable. If you can’t take the 0.5 seconds to make sure you have those five letters in the right order, IDFWU, and you can kick rocks with open toe shoes on.

When I was younger, I used to gently correct people. “It rhymes with ‘Kayla,'” I would say, while seething internally and fighting the urge to choke a b***h. 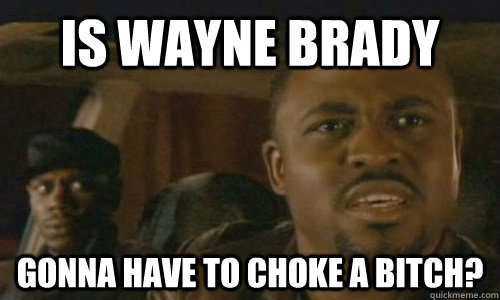 But the number of times I have been called “Taylor” makes me wanna flip tables like Jesus in the temple courts. 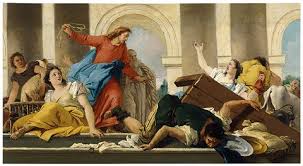 Say it with me now: Tay-LA.

Look. They got my name wrong at my college graduation and I almost didn’t go get my diploma because I did not invest $1.5 million and four years of my life for you to call me by something other than what I literally spelled out phonetically so my mama and ‘nem would know when to wake up and watch me strut across that stage (it was a long ass ceremony, y’all).

For every email I get that calls me “Talya,” I want to send an auto-response that plays “That’s Not My Name” while a WordArt clip with my actual name bounces around the screen. Please return to sender cuz ain’t no “Talya” here.

My name isn’t common, but it’s also not difficult. Failing to get it right is lazy at best and disrespectful at worst. Listen. I’m African American. My forebears were stripped of their names and given new ones by their enslavers and beaten when they tried to hold on to their identities. So, no, you (general you) do not get to call me anything other than what is on my birth certificate. I might pull a Dave Chappelle in that “Roots” skit just on GP. May the ancestors be with me. Shoot, I don’t even like my mama calling me by my sister’s name because, hello! You were there! You should know who’s who!

I had a friend in college call me rude because I corrected her boyfriend when he said my name wrong and said I knew what he meant. No, your man is rude for calling me some other woman’s name. Had he done it to you, y’all would be fighting, right? So why is it OK for him to do it to me? Sorry not sorry, but that’s a sure fire way to get yourself tripped everytime I see you on the Unispan. Wasn’t me. Must have been this “Tala” you keep addressing.

When people get my name wrong, I think about Quvenzhane Wallis. When she was doing “Annie,” people would ask if they could call her by her character’s name or “Q.” What the entire f**k? So y’all can get names like Liev Schreiber and Benedict Cumberbatch right and put on your best bougie ass French ass accent to pronounce Marion Cottilard, but you can’t pronounce Quvenzhane correctly? These are the same people who think it’s funny to disrespect Mahershala Ali by turning his name into an punchline. How dare you? The gall. The caudacity.*

When people get my name wrong, I am reminded of the fabulous Uzoamaka (Uzo) Aduba and an interview she gave about why she didn’t change her name to make it more “convenient” for folks who couldn’t be bothered to pronounce it correctly:

“When I started as an actor? No, and I’ll tell you why. I had already gone through that. My family is from Nigeria, and my full name is Uzoamaka, which means “The road is good.” Quick lesson: My tribe is Igbo, and you name your kid something that tells your history and hopefully predicts your future. So anyway, in grade school, because my last name started with an A, I was the first in roll call, and nobody ever knew how to pronounce it. So I went home and asked my mother if I could be called Zoe. I remember she was cooking, and in her Nigerian accent she said, “Why?” I said, “Nobody can pronounce it.” Without missing a beat, she said, “If they can learn to say Tchaikovsky and Michelangelo and Dostoyevsky, they can learn to say Uzoamaka.”

My name is my name and that’s non-negotiable. Calling me anything else will send me from 0 to Scorpio in 0.002 seconds flat. If you send me an email that starts with anything other than “[Insert salutation here] Tayla,” you will get ignored, sent to the junk folder and put on my permanent list of folks I don’t have time for.

*Portmanteau of “Caucasian” and “audacity.”

News flash: College students are busy. We go to class, we intern, we work, we hustle any and every way we can to pay for books, food, alcohol, transportation, and

Date started: July 17, 2012 Date finished: July 24, 2012 Child of the Morning is a historical fiction novel about the life of Hatshepsut, the “forgotten female pharaoh” of Ancient Egypt.

How many times have I found myself here, caught in the middle of an internal tug of war, weighing the pros and cons of abandoning everything I’ve been working toward