On the Spirit of Language, Part I – Linguistics and Favoritism 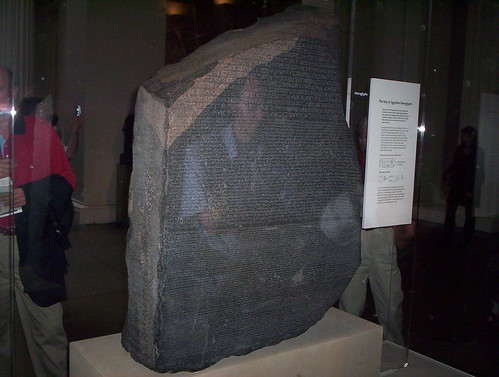 I have a terrible secret.

Even though I decided early in life that I wanted to major in journalism, when I first applied to college, I had very little intention of majoring in English (that came toward the end of my freshman year). I initially wanted to major in… linguistics.

I have always been fascinated with language. The idiosyncrasies of different dialects, the nuances of grammar… I love it. I took French in 4th and 5th grade, learned Japanese for a couple of months in the summer of 2001, took Latin from 7th to 10th grade, took Spanish all through high school, and took Portuguese both semesters of my junior year after teaching myself for a summer. I also semi-taught myself Kriolu (Cape Verdean Creole), which is extremely hard to do because the language has very little standardization in its written and spoken forms. After more than a decade of studying different languages (some of which, unfortunately, I’ll likely never use), I think I’ve pinpointed exactly what it was that made me want to major in linguistics in the first place.

Every language has a certain character, a certain spirit. What any one person takes from one language can, and probably will, be different from what someone else takes from it. For example, for me, Portuguese is the spirit of the past, the spirit of my ancestors. I wanted to feel closer to the family I had never met, to the country I had never known, which was why I started teaching myself Portuguese in the first place. It wasn’t until a couple of years ago that I realized how important it was to me to understand what it meant to be Portuguese and to be able to speak the language. For some reason, it really hit me last year, and I kind of went crazy trying to prove my Portuguese-ness. And then I realized how silly it was, but I do still very  much want to be fluent in the language. It speaks to my soul in a way that English never has, even though it is my native language. In fact, my favorite word in any language is saudade, which basically translates to a feeling of longing or nostalgia for something that won’t ever return. But the funny thing is, saudade is one of those words that, even though it has an English translation, simply doesn’t mean the same thing as it does in Portuguese. It is considered one of the hardest words to translate, and for good reason. When you feel it, you know, and it’s hard to put that feeling into words. It’s a beautiful word, really, but also kind of depressing.

But as I was saying, I think the reason I wanted to major in linguistics was to not only understand the morphology, syntax, etc. of different languages, but to understand the feelings they evoke. So while the Romance languages are so named because of their derivation from Vulgar Latin they are, to many people, more romantic sounding than, say, Germanic languages. I can honestly say Portuguese and Spanish evoke a kind of dreamy feeling in me, and I often find myself thinking or wanting to write in one of the two when I have something particularly profound or romantic I want to say. Sometimes it just sounds better in one of those languages than it does in English! Now if only I knew enough of both to be able to translate this post…

With all that being said, I open the floor up to you, dear reader. What are your favorite words in any language, and why?