What Does Beyonce’s NYABJ Award Mean for Journalists? 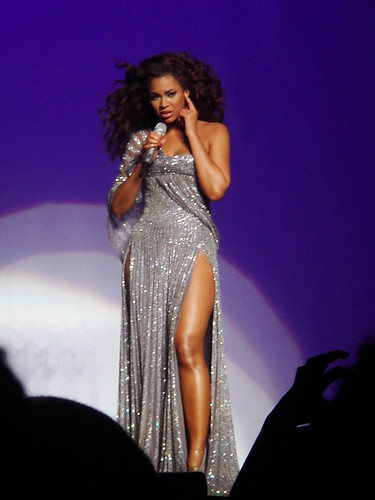 The New York Association of Black Journalists announced that on May 15, Beyonce will be receiving a writing award for her July 2011 Essence cover story “Eat, Play, Love,” which detailed her nine month hiatus from the music industry.

I can’t help but wonder if NYABJ is aware of the message they are sending — that is, that someone who is not a professional journalist can win an award from a journalism advocacy group without any kind of commitment to the field. Taken from their website:

“The NYABJ Journalism Awards recognize excellence in reporting by members.

Stories that affect the African Diaspora, from New York City and beyond, are promoted and celebrated by peers in this annual ceremony. Every year NYABJ celebrates the best in journalism in print, television, new media and radio as well as lifetime accomplishments of veterans who set great examples for young journalists. Proceeds from the awards support our scholarships and professional development programs.”

I fail to see how Mrs. Carter would even be eligible for an award under that description. How does her “vacation” from music affect the African Diaspora? And what about the “promoted and celebrated by peers” part? If she became a member of NYABJ and I somehow missed it, that would be one thing. But as far as I know, Beyonce is not and has never been a journalist and is about as much a peer to anyone in NYABJ as I am to a Red Sox pitcher. You really mean to tell me that there was not an actual member of the organization who deserved an award more than she?

While, so far, there haven’t been any further details on exactly what the award is that she will be receiving — maybe it’s an honorable mention type thing, who knows? — this whole thing makes me cringe. I’m graduating in less than three weeks with a degree in journalism — what kind of message does this send to aspiring journalists like myself, and veteran journalists that have gone years without being recognized for their work? “Put in all those hours slaving tracking down leads and meeting deadlines with little to no recognition while we give a singer/songwriter an award that could have been yours if only you were famous.” Our field is in a constant state of flux,  and there are hardly enough jobs to go around, especially for journalists of color. How is it helping our cause to reward people who are not dedicated to the industry?

If this is an award that is typically awarded to celebrities, my whole point is moot and I will concede defeat. If this is a competitive award in which Mrs. Carter was competing against actual journalists, then that’s just wrong. Taking away an award from someone far more deserving would be a terrible blow to NYABJ’s credibility, and I should hope that that is not the case.

Don’t get me wrong — I am a proud member of NABJ and fully support the organization. But for its largest chapter to so blatantly deviate from its mission is unacceptable. We need to be advocating for our true peers — our brothers and sisters who have been committed to the field — and not a celebrity who has done nothing to further our cause. And as for Mrs. Carter, it is my sincere hope that when she accepts her award, she recognizes the hard work that we true journalists do every day.

1 thought on “What Does Beyonce’s NYABJ Award Mean for Journalists?”

Date started: June 25, 2012 Date finished: July 6, 2012 “Everyone knows about the immaculate conception and the crucifixion. But what happened to Jesus between the manger and the Sermon