In trying to motivate myself to blog more, I’ve decided that it would be a good idea to do theme posts for each day of the week. Because alliteration is always fun, and because I want to get into health reporting after graduation, I’ve decided that my theme for Mondays would be medicine. Each week, I’ll briefly discuss health news for the day (and if it keeps with the alliteration, perfect!) So here is my first Medical Monday post!

Mammograms – October was breast cancer awareness month and, as was to be expected, there was a lot of talk about breast cancer screening and whether mammograms were actually effective at preventing breast cancer deaths. There seems to be a lot of confusion, but the common consensus still seems to be that most of the cancers found by mammograms are not fatal, so the necessity of the test is overestimated. Still other analyses say that they only occasionally save lives. So where does that leave women who are on the fence about getting the test? Unfortunately, it leaves them still straddling the line between what could be either a life-saving procedure or an unnecessary medical expense.

Mozart – In classical music news,  researchers at the University of Texas Health Science Center at Houston found that listening to Mozart could help doctors detect polyps when performing colonoscopies. This, of course, is very similar to the Mozart effect that was first studied in 1993, which said that listening to the composer’s music may lead to a short term improvement in spatial-temporal reasoning. So far, the study has only been conducted with two doctors who performed a few dozen surgeries each.

Marijuana – Proponents of the legalization of marijuana aren’t going to like this one. The White House has turned down a petition to legalize and regulate marijuana in the same manner as alcohol. Gil Kerlikowske, director of the White House Office of National Drug Control Policy, cited research that said marijuana use is linked to addiction and cognitive impairment. Does this mean the fight to legalize marijuana is over? Probably not.

What do you all think? Should women still get mammograms even if they don’t save as many lives as we think? Does Mozart really help doctors perform better during surgery? And should marijuana be legalized? Sound off in the comments! 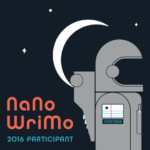 On October 28 I decided, completely on a whim, that I was going to participate in NaNoWriMo (National Novel Writing Month). The goal of NaNoWriMo is to write a 50,000