Taking Stock of Accomplishments and Goals 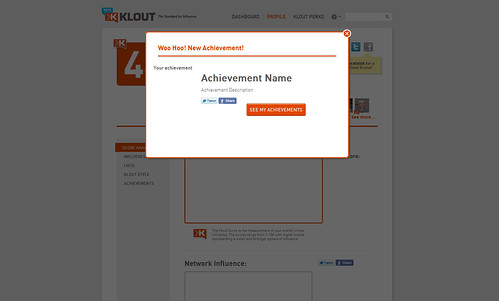 Today, I had the pleasure of having lunch with one of my fabulous mentors from the NABJ student projects, Stacie Williams. As Stacie and I dined on our Asian cuisine from the awesome food trucks outside of City Hall Plaza, we talked about the projects, past and future conventions, and career/life goals and achievements. As I simultaneously tried to figure out my plans and articulate them while munching on my rice noodles, I realized that: 1) My goals change, and have changed, multiple times not only over the course of my college career, but in the course of my life and 2) I’ve accomplished a lot more than I realized. I told Stacie, as I’ve told others, how I plan to either come back to Boston for grad school or go down South if I don’t get a job in New York after graduation. Coincidentally (or not), she has a friend that works at the Myrtle Beach Sun. What are the odds, huh?

A couple of hours after I had lunch with Stacie, I ran into the PIC counselor from my high school, Ms. Esteve. As I rehashed everything that has happened to me in the years since my graduation, her face lit up. I spoke animatedly about the convention and my plans for HABJ. She was so proud of me, and I couldn’t help but be proud of myself. I’ve spent so much time over the last few years comparing myself to my peers that I never gave myself enough credit for what I’ve accomplished. But if these two women, who are both successful professionals, could see that I had done big things and had a bright future ahead of me, why couldn’t I?

This day put so many things into perspective for me. While I was in Philly, as I looked around at my fellow NABJ babies, I often thought, “How did I get here? These people are so much more talented than I am.” I attributed my acceptance into the program to my cover letter and my name-dropping. After all, it couldn’t hurt to mention that I not only had a successful and well-known journalist as a professor, but had also worked closely with her over the last three years. “I must have gotten accepted based on Prof. Zook’s name,” I thought. “There’s no way I got here on my own.”

When I told Stacie and Ms. Esteve this notion, they both told me that I had gotten accepted based on my talents and accomplishments. And, for whatever reason, that clicked with me in a way that it didn’t while I was at the convention. As I prepare to enter my senior year, I needed the reminder that I, too, am a success. And with enough hard work and determination, maybe I’ll be where they are now, watching someone who was once like me accomplish amazing things. To be able to use what I’ve learned and achieved to guide someone else, regardless of whatever I end up doing with myself between now and my retirement (maybe?), will be the ultimate accomplishment.

Today, my coworkers and I had a little staff outing to celebrate the summer interns. As we sat around the table the vice president, Bob, whose 50th birthday was last